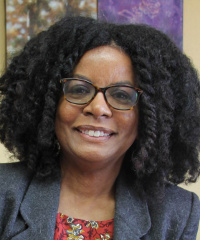 This month, and as our conversations conclude, I reflect upon our collective futures in music with pragmatism and in hope. In keeping with CMS’ goal of becoming an anti-racist music Society, I circle back to the twin pandemics that have characterized this consequential year: Covid 19 and systemic racism.

While making a quick trip to the home improvement store this weekend, I ran into one of my former co-workers whose position I had terminated earlier in the year because of budgetary constraints. He greeted me with a broad smile in his eyes. The middle-aged black soccer coach and father of two reported that he had come through COVID-19 and that he wanted to let everyone know of his status as a “long-hauler” because so few are aware of the virus’s long-term effects. Even while outside, we kept moving, but before we parted, he praised my leadership of our college. I wasn’t prepared for such an expression of grace.

I begin with covid’s effects on our field. Given the extent of the disruption, CMS members are rightfully proud of our efforts to adjust to the new normal in teaching (classroom, studio, and ensembles), service, and research (some of which is now being carried out remotely). Faculty have responded and continue to respond to remote and online teaching creatively, and with ample doses of empathy and fortitude. Countless concerts and performance seasons were digitized, postponed, or cancelled. The future of live performance in the immediate term is uncertain, although we know that audiences will return in some form, in the future. We have lost members of our ranks including prominent musicians and teachers; for those who are currently battling COVID-19, the disease is like a shape-shifting house guest who has overstayed their welcome.1

In June 2020, we announced that CMS had joined a coalition of over twenty-five performance arts organizations that had come together to fund a study of “aerosol rates produced by wind instrumentalists, vocalists, actors, and how quickly those aerosol rates accumulate in a space.” The third and final installment of research findings has been issued and I commend the International Coalition Study for your review. The final report is comprised of:

CMS extends its thanks to our colleagues, Mark Spede, CBDNA, and James Weaver, NFHS, for their leadership of the Coalition.2

Now, I share fruits of the season, the season during which we made headway in our efforts to identify and eliminate racism in music. This past spring, I asked that CMS shared governance leaders (chairs of advisory councils, standing committees, board of directors, regional chapter presidents etc.) come together for a professional development opportunity in recognition of their work throughout the year on behalf of the Society. President-Elect Mark Rabideau and Executive Director Bill Pelto, with whom I have met monthly, supported the proposal. Gloria Ladson-Billings, the renowned scholar of education, joined us for a discussion of Equity and Opportunity in Music, this year’s common topic. The CMS Fund, with support from its president, James C. Scott, provided the small honorarium. About thirty-five attended the mini-Summit, held in August, via Zoom. Although the session was initially directed to CMS leaders, after consulting with the Board of Directors, we agreed that the link should be shared with our membership. If you don’t have another special event planned for yourself this week, then I hope you will enjoy Dr. Gloria Ladson-Billings’ Reconstruction, Expansion, and Inclusion in Music (lasting about 30 minutes). My thanks to General Editor, Lisa A. Urkevich, for including the session link also, in the September 2020 issue of the College Music Symposium.3

The second gift of the season is the November 2020 webinar on Career Development and Entrepreneurship co-sponsored by the NAMM Foundation and CMS: Mary Leuhrson, Executive Director, NAMM Foundation; Michael Millar and Nancy Barry, co-chairs, CMS Standing Committee on Career Development and Entrepreneurship.4 The collaboration was part of the GenNext Program. The panel was hosted by Tony White, LA Unified School District, and David R. Sears, Executive Education Director of the GRAMMY Museum Foundation.

(The engaging discussion among the panelists begins around minute 8:00.) In this year of calls for social justice worldwide, the quintet’s rendition of the national anthem was a performance gem that sportsman Colin Kaepernick and other activists might have been unable to resist. After being introduced, co-moderator Tony White remarked “...To echo what David (Sears) just said, “yes” What a way to wake up! This is why I am even more proud to be an American when I hear it [the piece] - because it represents the synthesis of how America evolves.” The half hour panel addressed the follow questions:

As I shared with colleagues afterward, I am not sure that CMS has ever hosted an all-black panel and even if my memory fails on that score, the Careers and Entrepreneurship webinar was a step not only in the right direction, but one that reflects a level of institutional integrity that is admirable. Although the conversation was geared toward the interests of the 21st century student musician, the discussion inspired me to pause: Periodically, faculty at PWIs engage in campus discourse about reaching out to faculty at HBCUs but our response, often, is to either refrain from doing so or to reach out in ways that are condescending or uninformed. A related point is that because HBCUs do not appear in our socially constructed and reinforced hierarchies of music schools and departments, resumes of HBCU alum job candidates may not float to the top as quickly as those of PWI graduates, regardless of expertise.

At year’s end, I reflect on what our discipline owes George Floyd, affectionately referred to by his family and friends as a “gentle giant.” Floyd’s death precipitated a global outcry from Jakarta to Detroit, as protesters decried police brutality, while speaking also to social justice discrepancies that were specific to their location.6 The photo essay that appears in the Washington Post depicts the dismantling of statues, every-day reminders of an enslaving, imperialist, and colonizing past. One of my favorites is the photo of a woman in Osaka, whose mask reads simply: MATTER. As we begin our march toward what public health experts describe as a possibly bleak mid-winter, we remember that this summer, hundreds of thousands gathered, calling for an end to injustice. [Actually, a Wikipedia source—and don’t tell anyone that I’m citing wikipedia—suggests that the number is anywhere from 15-26 million]

Since Floyd’s death in May, statements on diversity, equity and inclusion have proliferated on our college and university campuses; similar statements have been issued by professional music societies, conservatories, symphony orchestras, and performing arts organizations. I am gratified that academe, including music, has arrived at this collective moment of racial reckoning, long overdue. Our institutional strivings validate advocacy for inclusion and opportunity that precedes this historical moment by decades, and now those subjugated voices may be heard, if not rediscovered.

While the inner skeptic of many a long-hauler for civil and human rights withholds judgement until the cards for justice are played, there is counter-indicating evidence that some calls for change are substantive. In some arenas, our call for a change that matters has been heard. I will always be grateful to the CMS Board of Directors for supporting my proposal that the Society not issue a statement attesting to its anti-racist stance. We must act our way out of institutional racism rather than deny that we are affected by it. As an aside, I belong to several organizations for academic deans and at one zoom meeting this year, we were sent to chat rooms for a discussion about equity and inclusion (I was the only dean of color in our group). A white male dean said that he was delighted to be in the circle because “we are all ignorant about racism.” I had been silent until that moment, but responded that while I agree that we are all ignorant about something, I am not ignorant about racism. My interjection went over like a lead balloon. I am sure that the educator Robin DiAngelo has something to say about the context for that. The status quo will not go gently into that good night.7 No number of twenty dollar bills could have saved Floyd, and our silence will not save us or make things better. We must be steadfast in our interruptions of business as usual with its deeply entrenched racist and gendered underpinnings, no matter how well-meaning or well-intentioned.

Floyd’s six-year old daughter, Gianna, was quoted widely as observing that her “Daddy changed the world” yet this recognition has come at a personal cost. Whereas for many, the “gentle giant” has become a symbol of protest, the daughter of Roxie Washington and George Floyd will grow up, at least for time being, without a father. As this extraordinary year concludes, I bring forward Joel Thompson’s “The Seven Words of the Unarmed” for your consideration, but its composition pre-dates Floyd’s demise by five years. The performance cited above is conducted by Eugene Rogers, formerly associate professor and Director of Choirs at the University of Michigan.8 Rogers conducted the premiere of Thompson’s multi-movement work in 2015.

Although there are now several recordings of the work, I chose the performance that features a collaboration between the Sphinx Symphony Orchestra and the University of Michigan Men’s Glee Club. In a June 2020 article that appears in the NY Times, Joel Thompson, who is pursuing his DMA at Yale, discusses the circumstances around composing the piece with journalist, Giulia Heyward:9

“I’m hoping that the people who are sharing this piece come to realize how white supremacy itself has been embedded into this genre. We need to make substantive structural change to how things are run in classical music.”

I have listened to Thompson’s piece many times since Floyd’s murder. Each movement is titled after words uttered by a black private citizen taken too soon.10

The composition ends with the return of the opening motif of the first movement (piano and an ostinato by the lower strings) which, to some ears, suggests that the cycle continues. This type of programmatic hearing may sound misplaced, but in light of the recent beating of a black music producer at the hands of police in Paris, the Saturday before the U.S. Thanksgiving, the suggestion might not be a bridge too far.11

The third movement of Thompson’s work, “Mom, I’m going to college,” has special significance in light of our work toward music school redesign. My hope is that our corporate awakening is long-lived and that music in higher education will have honest and inclusive conversations toward dismantling the status quo of the house we have built, brick by brick, of sonic hierarchies and sedimented notions of who counts as a musician and who is welcome into our programs.

Let our people live and, if they so choose, go to college. Let us continue to open the doors of our schools, colleges, music departments and conservatories, extending equity and opportunity to all. This is what music owes George Floyd.

It has been my great honor to serve as President, The College Music Society.

I wish to thank CMS Executive Director Bill Pelto for his support throughout my tenure as president. Both he and Sarah Schmalenberger offered valuable suggestions on an earlier draft of this column. My very best wishes are with Mark Rabideau as he assumes the role of CMS President in 2021. It has been a pleasure to work with him this year.

3. Urkevich, Lisa A. “Picking Up the Pieces after the Coronavirus Disruption and Black Lives Matter,” College Music Symposium. September 20, 2020.

8. Rogers began his tenure as Artistic Director of The Washington Chorus in July.

10. The timings noted are by a youtube viewer identified as Janice. The performance was posted to youtube by the Sphinx Organization.  https://www.youtube.com/watch?v=zdNXoqNuLRQ  Accessed on November 25, 2020.