How do we sense the materialization of colonialism in institutional and quotidian daily structures of relation? Hungry listening—as one among many practices of settler colonial perception—is a set of extractive listening practices indexed by the term xwelítem (starving person) that xwélmexw (Stó:lō people) use to describe settlers. Yet hungry listening is just one way that positionality and perception intertwine to produce different modes of settler listening that are context-specific and non-generalizable. To develop an awareness of the various norms and habits of settler listening positionality requires that we learn to notice different moments of intersection. This learning to notice is not undertaken as a means to amass a comprehensive catalogue of settler perception’s “bad surprises” (Sedgwick). Instead, noticing such moments attune us to positionality‘s material emergence (habitual timbres, rhythm, and tempi), and provide new possibilities for improvisation.

* Attendees will have an opportunity to meet and interact with Dylan Robinson during a facilitated Q&A forum following his lecture, from 1:30–2:25 p.m. 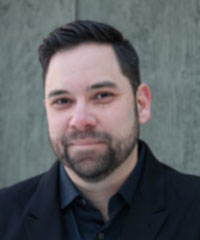 Dylan Robinson is a xwélmexw (Stó:lō/Skwah) artist and writer. He is also an Associate Professor at Queen’s University, where he holds the Canada Research Chair in Indigenous Arts. His book Hungry Listening: Resonant Theory for Indigenous Sound Studies (University of Minnesota Press, 2020) examines Indigenous and settler colonial forms of listening, and won the Native American and Indigenous Studies Best First Book Award. His current research focuses on the material and sonic life of Indigenous ancestors held by museums, and reparative artistic practices that address these ancestors’ incarceration in museums.

Recent years have reminded us of the crucial importance of activism as a part of our teaching practice—especially as we are called, with increasing urgency, to advocate for ourselves, students, and musicians. But what does scholarly activism in music look like in 2021? What can we learn from previous examples, and how can we adapt to the extraordinary circumstances of the present? This workshop will begin by gathering reflections on 2020 and the way activism manifested in (and around) our disciplines. From there, we will branch out into discussions of workplace precarity, institutional vs. grassroots organizing, managing the risks of increased visibility, and other topics relevant to present-day activism. This session will prioritize open discussion, so participants are encouraged to share their perspectives; the goal of this workshop is to collect ideas, experiences, examples, and strategies that all attendees can take with them and into their professional practices. 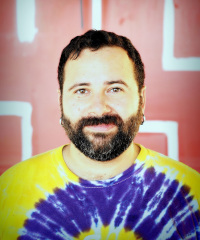 Luis-Manuel Garcia is a Lecturer in Ethnomusicology and Popular Music Studies at the University of Birmingham, with previous appointments at the Max Planck Institute for Human Development (Berlin) and the University of Groningen (NL). His research focuses on urban electronic dance music scenes, with a particular focus on affect, intimacy, stranger-sociability, embodiment, sexuality, creative industries and musical migration. He is currently conducting research on “techno tourism” and other forms of musical mobility in Berlin, while amonograph based on earlier research is in press with Duke University Press, entitled Together Somehow: Music, Affect, and Intimacy on the Dancefloor.

As Founder of Fifth House Ensemble and President and CEO of the American Composers Orchestra, Melissa Ngan has led two organizations that thrive on creative acts and the relentless pursuit of discovery. In this keynote, she shares projects both pre-pandemic and present day that engage the digital world as a feature, not a bug - and create unexpected spaces for authentic connection through interactivity. Spanning collaborations with composers to generate adventurous works that engage Dolby Atmos spatial audio in their creation, virtual Deep Listening residencies in social service settings, boundary-breaking interactive video game performances, and training programs for emerging artists, these experiences demonstrate the indispensable role that technology can play in fostering a more connected and creative world.

* Attendees will have an opportunity to meet and interact with Melissa Ngan during a facilitated Q&A forum following her lecture, from 11:00–11:55 am. 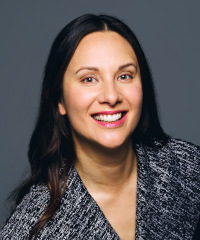 Told through a transdisciplinary, multimedia performance that infuses music, still and moving pictures, and a Pratt-authored and delivered narration, Awadagin Pratt: Black in America examines racism and social injustice in America by chronicling Pratt’s life from the time he was a music student in Baltimore, MD through his ascent to international acclaim through graphic accounts of police stops for “Driving While Black.”

Warning: Members of our community may find images used within this presentation triggering and disturbing.

Following this lecture, all attendees are invited to participate in moderated breakout discussions in various spaces on the Eastman campus themed around “Change Leadership.” 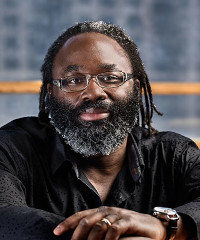 Among his generation of concert artists, pianist Awadagin Pratt is acclaimed for his musical insight and intensely involving performances in recital and with symphony orchestras.

Born in Pittsburgh, Awadagin Pratt began studying piano at the age of six. Three years later, having moved to Normal, Illinois with his family, he also began studying violin. At the age of 16 he entered the University of Illinois where he studied piano, violin, and conducting. He subsequently enrolled at the Peabody Conservatory of Music where he became the first student in the school’s history to receive diplomas in three performance areas – piano, violin and conducting.

In recognition of this achievement and for his work in the field of classical music, Mr. Pratt received the Distinguished Alumni Award from Johns Hopkins as well as an honorary doctorate from Illinois Wesleyan University after delivering the commencement address in 2012.

Mr. Pratt is currently Professor of Piano and Artist in Residence at the College-Conservatory of Music at the University of Cincinnati. He also served as the Artistic Director of the World Piano Competition in Cincinnati and the Next Generation Festival and is currently President and Artistic Director of the Art of the Piano Festival in Cincinnati. In recognition of his achievements in the field of classical music, he received the Distinguished Alumni Award from Johns Hopkins University as well as honorary doctorates from Illinois Wesleyan and Susquehanna Universities. He has delivered commencement addresses at those institutions as well as at Peabody Conservatory.