The Conference Hotels are:

Rate
$75 for Thursday, $119 for Friday/Saturday plus applicable state and local taxes.

Reservation Deadline
The deadline to reserve rooms at the conference rate is January 15, 2020. After this date, the block will be released, and any additional reservations will be based on availability and current pricing.

How to Reserve
To make reservations, call the hotel direct at 828-264-2451 or toll free at 888-SEE-MTNS and ask for the “College Music Society Group” to receive the discounted rates.

Rate
$125 per night plus applicable state and local taxes.

Reservation Deadline
The deadline to reserve rooms at the conference rate is February 11, 2020. After this date, the block will be released, and any additional reservations will be based on availability and current pricing.

How to Reserve
To make reservations, call the hotel direct at 828-386-6464 and ask for the “College Music Society Group.”

The listening environment of a prison fosters specific relationships to sound. Sound and silence regulate time. Time is, perhaps, the most central factor of incarceration. The incarcerated do time and have time but have no control over their own time. Music speeds up the feeling of time or prolongs it with memories of time past. This presentation asks us to consider the role of musical time in relation to the traumas of incarceration. Augmenting the central tenet of the paper are four vignettes that center on the relationship between time and sound in a prison setting: time as confession in operatic prison arias, time as narrative in bluegrass murder ballads, time as catharsis in prison pow wows, and time as release in the prison music classroom. Each analysis borrows from approaches in musicology, ethnomusicology, music theory, and sound studies to shed insights on the role of the acoustic in phenomenological experiences of incarceration. 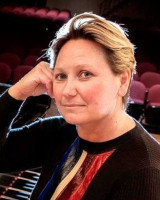 Adriana Helbig is Associate Professor of Music at the University of Pittsburgh where she leads a bluegrass ensemble and teaches courses on world music, global hip-hop, music and disability studies, and prison sounds. She also teaches world music at the Fayette State Correctional Institution as part of the Pitt Prison Education Project. Her research has been supported through generous grants from the American Council of Learned Societies, the National Endowment for the Humanities, IREX, American Councils for International Education, and Fulbright. Publications include Hip Hop Ukraine: Music, Race, and African Migration (Indiana University Press, 2014) and Hip Hop at Europe’s Edge: Music, Agency, and Social Change (Indiana University Press, 2017), co-edited with Milosz Miszczynski. She is presently working on a book titled Re-Sounding Poverty: Romani Music and Development Aid that analyzes how Roma musician-activists engage with discourses of civil society as promoted via Western aid networks.

2020 Mid-Atlantic Guest Composer
On the Compositional Muse (or, the Creation of Art music against the Odds)
Harvey J. Stokes 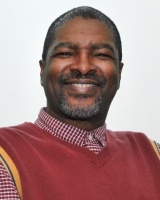 Harvey J. Stokes is Professor of Music at Hampton University, where he also is the Founder and Director of the Computer Music Laboratory. He has taught also at Miami University, Christopher Newport University, and the College of William and Mary. His degrees are from Michigan State University (Ph. D.), The University of Georgia (M. M.), and East Carolina University (B. M.). His composition instructors include Drs. Brett Watson, Alan Leichtling, John Corina, Lewis Nielson, Jere Hutcheson, and Charles Ruggerio. Currently, he serves on the National Council of the Society of Composers, and is a Past-President of the Southeastern Composers League. Additionally, several composer residencies have been completed at West Chester University, Chowan University, and the University of Tennessee at Chattanooga. He is the author of two books on music as well as an award-winning composer of numerous works, and these works are available from Seesaw Music/Subito Music Corporation, Ars Nova Music, Centaur Records, Albany Records, and Harkie Music. His works have been performed recently in Hong Kong, Argentina, France, Canada, and the United States.