Friday afternoon events (except for evening concert):
Parking will be in the Allen Field House Garage. You will pay at the kiosk where you will enter your license plate number. Payment is by credit card only. It is $1.75 for the first hour and $1.50 for each additional hour.

For the Friday evening concert and all Saturday events:
Attendees should part in Lot 54, which is across Naismith Drive from Murphy Hall, entered from Irving Hill Road across from the parking garage.

Where Do We Go from Here? The Future of Orchestras in the U.S.
Delta David Gier

What is the purpose of a symphony orchestra? Is classical music relevant in 21st century America? How can we think differently — more relevantly, impactfully — about the music we make? This session will explore the model of the orchestra as community-builder, illustrated with examples of innovations which demonstrate how an orchestra can serve its unique city and region in ways which harness the power of music for change. 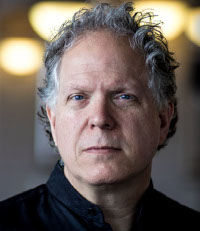 Delta David Gier has been called a dynamic voice on the American music scene, recognized widely for his penetrating interpretations of the standard symphonic repertoire, passionate commitment to new music, and significant community engagement.

Orchestras Mr. Gier has conducted include the New York Philharmonic, the Philadelphia Orchestra, the Cleveland Orchestra, the Chicago Symphony, the St. Louis Symphony, and the Minnesota Orchestra. In Europe, past engagements include the Bergen Philharmonic (Norway), the Polish National Radio Symphony (with which he has several recordings), and the Bucharest Philharmonic, along with many other orchestras in Italy, Hungary, Poland, Romania, Slovakia and Turkey. In the Americas, he has had a long relationship with the National Symphony Orchestra of Costa Rica and has conducted several orchestras in Mexico, including the Orquesta de Camera de Bellas Artes. In Asia, Mr. Gier’s engagements have included the Singapore Symphony and the Thailand Philharmonic, where he will return three times this season. Last season he conducted the American Composers Orchestra in the inaugural concert of the China-U.S Composers Project in Washington, D.C. Traveling to China the summer of 2016 he conducted the symphony orchestras of Qingdao and Hebei in programs featuring American music.

Since 2004, Mr. Gier has been music director of the South Dakota Symphony Orchestra. During that period the orchestra has been lauded for its programming (including seven ASCAP awards). His series based on the Pulitzer Prize was called “an unprecedented programming innovation” by the Wall Street Journal and has included residencies with composers Jennifer Higdon, Steven Stucky, Zhou Long, and Paul Moravec. Under his direction, the SDSO has expanded its offerings with a cycle of Mahler symphonies and an annual semi-staged opera.

The Lakota Music Project was developed under Gier’s direction to address racial tensions between Native Americans and whites in the region the SDSO serves. Now in its sixth year, the LMP is a side-by-side program with the SDSO and Lakota musicians which explores the role music plays in their respective cultures, seeking to engender understanding and healing between estranged peoples. Other engagement projects with the SDSO have included Arab (with Simon Shaheen), Chinese (with composers Chen Yi and Zhou Long) and Sudanese/Somali refugees (with the Bernard Woma Ensemble).

For 15 seasons, Delta David Gier served as an assistant conductor of the New York Philharmonic. He studied at the University of Michigan under the renowned conducting teacher Gustav Meier, along with studies at the Tanglewood Music Center and Aspen Music Festival. He was a Fulbright scholar in eastern Europe from 1988-90. Also in demand as an educator, Mr. Gier has served as guest faculty at the Curtis Institute, Yale School of Music, San Francisco Conservatory, and SUNY Stony Brook. He has chaired the music jury of the Pulitzer Prize and is a frequent panelist for the League of American Orchestras.